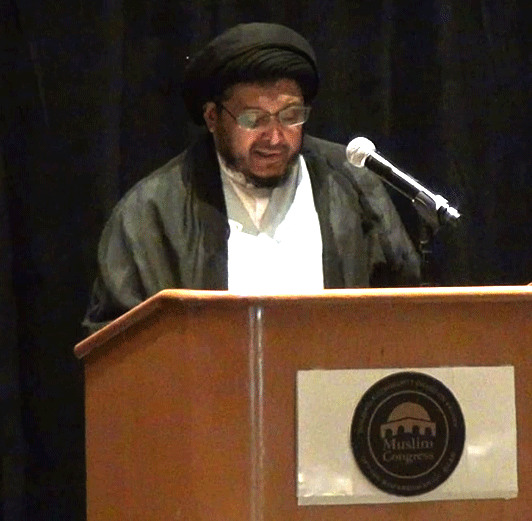 At this time, the whole world is suffering from the Corona virus. Many countries are in lock down mode.

The outbreak has become one of the biggest threats to the global economy as travel has been restricted and many businesses temporarily shut down.

It is changing how we live our daily lives. Seeing how the global pandemic has affected various aspects of life every where reveals the unique nature of this crisis.

Our social gatherings have been disturbed, schools and offices closed, and religious gatherings shut down.

Religion is supposed to be a source of comfort in times of confusion and suffering.

However, many services, such as Umrah, have been temporarily suspended.

We should use this time to observe and reflect on what is transpiring around us by asking certain questions.

Are we committing any sins in our lives?

Are we quietly observing the suffering and oppression of people in Yemen, Iraq, Kashmir, Palestine, India, and many other countries?

There are many arrogant people and leaders who consider themselves untouchable. They think nothing can stop them from murdering people and looting nations to get what they want.

God has warned them.

Have they not traveled in the land and seen how was the fate of those who were before them?

They were more powerful than them, and they plowed the earth and developed it more than they have developed it.

Their apostles brought them manifest proofs.

So it was not Allah who wronged them, but it was they who used to wrong themselves .

Today, just one virus has changed the world.

Allah warned us but some people don’t learn from the mistakes of the past.

Allah is merciful and this test is also a display of his mercy.

Certainly We afflicted Pharaoh’s clan with droughts and loss of produce,

so that they may take admonition

Do they not see that they are tried once or twice every year? Yet they neither repent, nor do they take admonition .

He wants people to return to their Lord and fulfill the purpose of their creation.

He is just and wants justice in the world.

There are two kinds of tests for ordinary people.

You cannot frustrate [Allah] on the earth, and you do not have besides Allah any guardian or helper .

Corruption has appeared in land and sea because of the doings of the people’s hands,

that He may make them taste something of what they have done, so that they may come back .

And beware of a punishment, which shall not visit the wrongdoers among you exclusively,

and know that Allah is severe in retribution .

We don’t know who is responsible for this virus.

As they are blaming each other, the whole world will pay the price.

For believers, there is a message; we should turn to Allah during this difficult time and submit to his will.

And, indeed, We sent Our messages unto people before thy time, [O Prophet,] and visited them with misfortune and hardship

While following all precautionary measures from physicians and the state, take into consideration the advice of our Marja and the leader of the Muslim world at this time.

There are two sources of deliverance from Allah’s punishment, one of which has been raised up, while the other is before you. You should therefore adhere to it.

The source of deliverance which has been raised up is the Messenger of Allah (may He bless him and his descendants),

while the source of deliverance that remains is the seeking of forgiveness.

Allah, the Glorified, has said:

And Allah is not to chastise them while you are among them,

nor is Allah to chastise them while yet they seek forgiveness (8:33).

The Prophet is not among us, but the door of forgiveness is still open. During this difficult time, connect yourselves with the Imam of our time through dua for his appearance.

I seek Allah’s forgiveness for myself and for you.

May Allah protect us and forgive our shortcomings.

May Allah bless you and your families

Zainabia Center of Michigan
Dear Community Members,
You can now subscribe to our mailing list by using this page. Please forward to your friends and family who would like to get email notifications from us.
We promise not to spam you. Unsubscribe at any time.
Invalid email address
Thanks for subscribing!
✖